Incorporation of an international company in Luxembourg 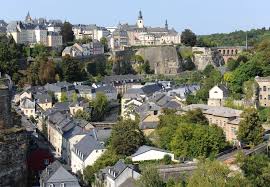 The incorporation of a company in Luxembourg covers many fantasies, but the reality is quite different. Located at the crossroads of Europe and on the borders of Belgium, France and Germany, the Grand Duchy of Luxembourg is renowned above all for its dynamic economy.

With an area of ​​2,400 km2, the country has a population of approximately 405,000 inhabitants. This small territory has assets for the incorporation of an international company .

The official language of communication is Luxembourgish, but French and German are also used.

The Grand Duchy of Luxembourg is a constitutional monarchy. Its economy is dynamic and makes it one of the most prosperous countries in the world ( 2nd GDP per capita in the world).

Incorporation of an international company in Luxembourg

Luxembourg’s tax environment is particularly advantageous for foreign investors. It is for this reason that more and more foreign companies now use Luxembourg is for their international transactions.

However, given its position in the European political environment, Luxembourg frequently has to adapt its legislation to prevent conflicts with the tax authorities of other European Union member states.

This is why it is no longer possible for European tax residents to consider this jurisdiction for opening and holding international bank accounts .

Incorporate a company in Luxembourg to develop your turnover

46% of the country’s GDP comes from the financial sector; In addition to private banks, the Grand Duchy of Luxembourg has become the most important financial center in Europe on the investment fund market.

The economy generated by the Internet and new technologies sector is booming with the establishment of European headquarters of American companies; Amazon, AOL, Apple, i Tunes, eBay, Paypal and Skype in particular.

For international investors seeking to form a company in Luxembourg , we can opt for either a SARL or an SA, taxable at the IS at the rate of 29.63%.

However, if the corporation tax resembles that of neighboring countries, the difference lies in the allowable deduction of expenses such as fuel, entertainment expenses, car. Thus, the accounting result is significantly improved.

Luxembourg company incorporation: everything you need to know

A small country embedded between France, Belgium and Germany, Luxembourg has an area of ​​only 2,586km2 for just over 610,000 inhabitants. Despite these unimpressive figures, Luxembourg nevertheless ranks first in terms of nominal GDP per capita in 2019 and second in terms of GDP per capita at purchasing power parity.

How does Luxembourg manage to be so efficient from an economic point of view? What are its strengths? What are the sectors of activity around which its economy revolves?

In this article, we come back to all these questions by approaching the subject of the incorporation of a company in Luxembourg .

The objective is to understand the reasons which push many expatriate entrepreneurs to choose the Grand Duchy to develop their business there. The incorporation of a Luxembourg company is a real plus for your tax optimizations.

The main sectors of activity of the Luxembourg economy

How does such a small country manage to be so rich? While the steel industry has long played an essential role in Luxembourg’s economic development, the last blast furnace closed in 1997. There are still a few well-known Luxembourg companies in this sector, but they no longer weigh much in the country’s economy.

Luxembourg’s current wealth therefore comes from other sectors. And it only takes a quick glance to understand that the tertiary sector , that of services, is predominant. It represents 87.4% of the GDP, against only 12.3% for industry, while agriculture collects the crumbs (0.2%).

But it is mainly financial services that dominate the country’s economy. Finance alone represents more than 45% of the country’s GDP , nearly a quarter of gross value added and 11% of employment.

In this area of ​​finance, Luxembourg brings together many banks and accumulates one of the largest market capitalizations in the world. The country is also a land of welcome for many foreign holding companies.

As a result, the Grand Duchy is very dependent on the financial sector as well as on foreign workers and foreign companies. In the years to come, the country will have to seek to diversify its economy if it wants to maintain such a level of GDP. The incorporation of a Luxembourg company is one more advantage for your assets.

Type of company which corresponds to our SARL or to the GmbH in Germany or Limited Company in the United Kingdom.

It is a mix between a capital company characterized by the limited liability of the partners according to their contribution, and a partnership illustrated by non-negotiable shares.

Almost two thirds of Luxembourg companies are under this status. The SARL must be made up of 2 to 100 partners (natural or legal persons).

To incorporate an SARL in Luxembourg, you must have a starting capital of at least € 12,000 . To this cost is added the cost of publication in the RCS, notary fees, and any other administrative costs.

The Simplified SARL (SARL-S) is quite similar to the SARL, but simpler and faster to incorporate. Indeed, this type of Luxembourg company does not need to be incorporated under the intervention of a notary. On the other hand, it is intended only for natural persons.

More precisely, the SARL-S was set up recently in order to offer a status close to the micro-enterprise regime in France.

For the incorporation of an SARL-S, a minimum of € 1 is sufficient as share capital. Some other costs may be added (publication in the RCS, etc.).

The most common other types of companies

The SA (public limited company) is suitable above all for large companies, but if it also offers some advantages to SMEs. Unlimited at the level of the maximum number of shareholders, it requires a starting capital of € 30,000 paid up on a quarterly basis.

There is also the SCA (limited partnership by shares) whose maximum number of partners is also unlimited, but which requires at least two people minimum.

The necessary share capital also amounts to € 30,000 paid up on a quarterly basis.

Otherwise, there is the SCS (limited partnership) which meets the same conditions as the SCA concerning the minimum and maximum number of shareholders, but which does not require any minimum capital . These statutes are ideal for your company incorporation in Luxembourg.

Who and for what should register Luxembourg Company

Advantages of a company registered in Luxembourg: