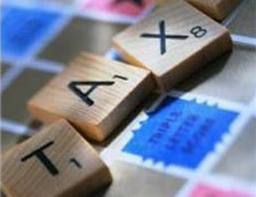 Advantages of an international holding company

Furthermore, through an international holding company, you have access to financial companies funding opportunities. In this case, the tax benefit may lie in the deduction of interest paid or non-taxation interest of income.

Do you want to know how much you can save on taxes? We will explain you the tax rates in different jurisdictions! Contact Us

Holding Offshore: the choice of location of international holding companies

The choice of the location is important, when establish an international holding company. Indeed, the tax conditions may vary from one jurisdiction to another. One wrong decision can harm your investment.

This choice should not depend exclusively only on tax benefits; the flexibility of the right of legislation is also to be considered; many countries have attractive tax regimes establishing holding companies.

All E.U. member states offer favourable tax regimes for holding companies. Tax schemes provide in most cases the exemption of dividends from subsidiaries and gains on disposals of investments.

Luxembourg, for example, has a special regime for the benefit of holding companies under the law (July 1929), with a general exemption from corporate taxes. Luxembourg also has a system of financial companies, known as SOPARFI regime, allowing a tax exemption on perceptions of dividends or capital gains from disposals of equity.

Finally, a few years ago, more precisely in 2002, the United Kingdom has established a system of exemption of capital gains on disposals of equity investments.

Do you want to know how much you can save on taxes? We will explain you the tax rates in different jurisdictions!

Any company has the right to invest in a country that has not concluded a tax treaty with the country of residence. However, the fiscal conditions of such an investment can be detrimental.

In this case, intermediary holding company may be established in a jurisdiction with double taxation and adapted with the two countries.

Let’s take a concrete example: the case of Cyprus. This country has signed several Double Taxation agreements with the countries of the former USSR and the countries of Eastern Europe. That is why the Cyprus is one of the most popular destinations for investors.

How to incorporate a holding company?

Definition of a holding company

A holding company is a group of investors in the form of partners and / or shareholders with the aim of holding stakes in other companies, or even selling its services to these companies.

Incorporating a holding company: the advantages

As soon as a holding company owns more than 5% of the shares of a company, dividends are exempt from corporation tax.

Likewise, after 2 years, the securities see their capital gains be exempt from tax.

In addition, the holding company can take out a loan to acquire securities. Subsequently, the dividends received will be used to repay the loan. This solution is very practical for quickly increasing your investments.

Note that interest can also be deducted from the activity of the holding company, which can be very interesting for certain forms of holdings.

Note that there are service providers like us in the incorporation of holding companies. You can contact us to benefit from the services of an expert who will guide you in your project.

– How to create an Offshore Company.