Incorporate an International Company in Jersey 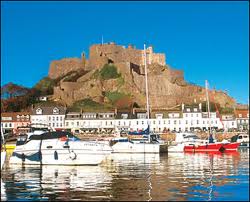 International company in Jersey with 0% tax

The island population reaches over 90,000 inhabitants. Jersey has a strong constitutional relationship with the United Kingdom. The island’s judicial, executive and legislative powers are independent .

However, the island is under no obligation to comply with the Brussels Directives in terms of taxation.

Submit your project to us, we will meet your needs.

Is my choice of jurisdiction suitable for my business? Contact our experts! Request a call back

A perfect geographical location in Europe

Jersey is a particularly well-known jurisdiction in Europe , for both fiscal and administrative reasons. Although the majority of requests are redirected to Great Britain, Jersey has significant strengths.

They will be able to offer you the best possible tax plan, taking into account your situation and your objectives.

Jersey has the immense advantage of having a pragmatism and a purely English DNA. In other words, everything is clear and direct. Depending on the nature of your business, Jersey may be a more relevant option. As pointed out above, Great Britain is also a powerful alternative when it comes to taxing your business.

An economy geared towards foreign companies

Anglo-Norman Island located about 20 kilometers from France, Jersey relies heavily on its attractiveness for foreign companies. Indeed, by offering no tax on foreign companies, Jersey presents itself as an ideal host country for entrepreneurs wishing to incorporate an international company.

The financial sector and more precisely the activities linked to its role of “tax haven” represent more than 50% of its economy.

For all these reasons, the island of Jersey occupies a privileged place for many foreign entrepreneurs who find real assets there to incorporate their international company.

Even though the island is closer to the French coast than to the British coast, it belongs to the United Kingdom, just like its neighbor Guernsey. Nevertheless, Jersey has two official languages  : English and French.

It also has its own language, Jersey, which is a Norman dialect spoken by a minority.

The island of Jersey is surely one of the best illustrations of the cultural and historical proximity between France and the United Kingdom.

In addition to its traditional language that we mentioned at the start, there are a multitude of references to French culture.

The inhabitants of Jersey generally have French, and more particularly Norman, and English origins. The island of Jersey is a perfect example of the Franco-English cultural mix.

If there is perhaps one asset more associated with British culture than with French culture, it is surely the entrepreneurial spirit.

Who should choose Jersey international company:

Jersey is an ideal jurisdiction for: