Case Study 3: A Better Use of an Offshore Service Company

Let’s take the example of the independent consultant in the IT sector Mr. Smith. He has created a company in Luxembourg. This company is of course under the tax system of Luxembourg. 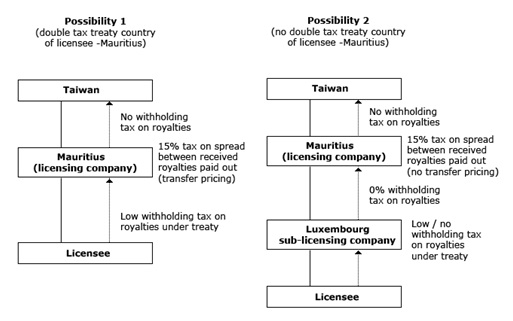 In this situation, what is the best legal structure that will allow Mr. Smith to avoid the heavy Italian tax burden?

Mr. Smith can legally create an offshore services company in a jurisdiction that has signed a double tax agreement with Italy. This agreement will envisage that the salaries paid to Mr. Smith for his consulting services will be subject to taxation in the jurisdiction of his offshore company.

In this case, an offshore company based in Malta will help Mr. Smith to reduce the taxes imposed. Indeed, Italy and Malta have signed a double tax agreement. This agreement envisages that if Italian residents do business with residents of Malta, the revenues and annuities are taxable only in Malta.

Advantages of having an offshore service company

With a Maltese offshore company, Mr. Smith will receive payments for his consulting services and will avoid all the taxes in Italy. Of course, certain conditions are required for him to be met.

Furthermore, this Maltese company can be managed by an offshore company located in one of the tax havens. To specify, the corporate income tax in Malta is 35%. When distributing dividends outside the country, 2/3 of this tax will be refunded and the total tax rate will be 11.67%. Generally, the tax on the profits tax haven is lower.

Therefore, Mr. Smith can work in Italy under the best conditions.

Best use of an offshore holding company